“Love prize of the islands!”

Swing that Trumpet… Blow that Horn! A Grand New Dancing Team is Born!
“The king of Dance has a brand-new Queen… and she’s the tops! More fun… more romance… more top tunes than have ever flooded the screen in one glorious hit!” 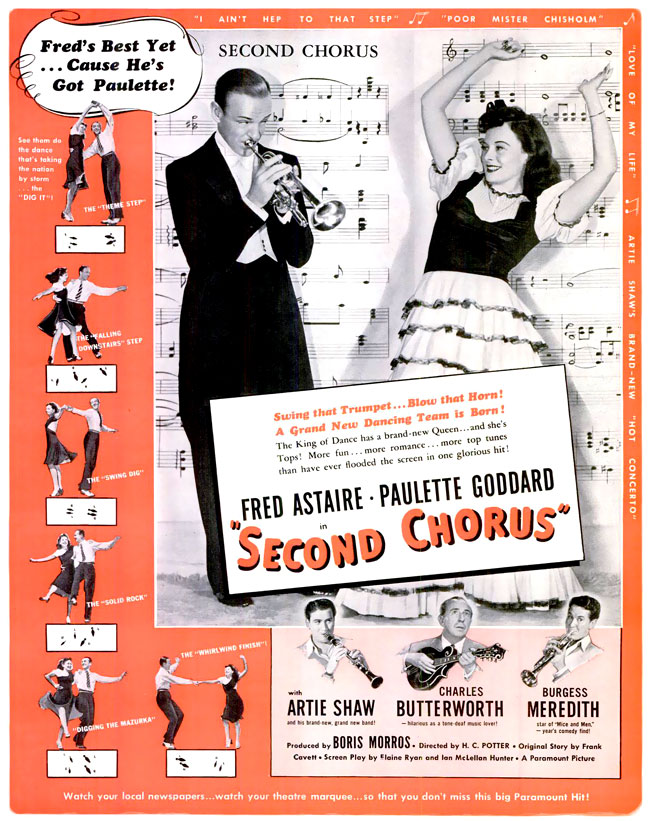 “Virginia”
The Magnificent Love Story of a Beautiful Rebel

Eye-Thrilling Beauty… Heart-Filling Romance!
“All the thrilling beauty of modern Virginia… its stately mansions, its galloping red coated fox hunters… its verdant loveliness (actually ﬁlmed near Charlottesville, Va.)… all this as the spectacular setting for the sparkling, punch-packed love story of the new North and the modern South – at war again for a lovely lady’s heart!” 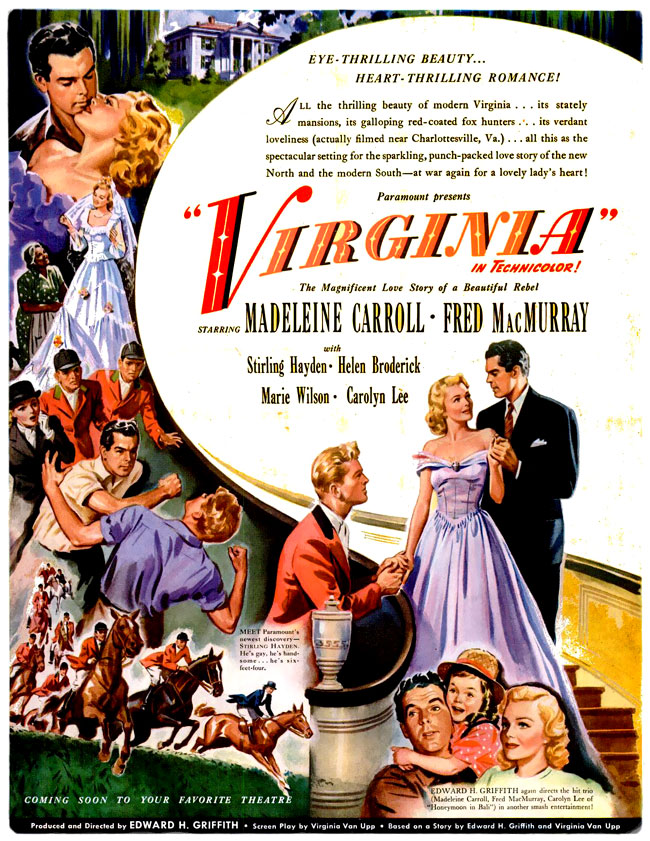 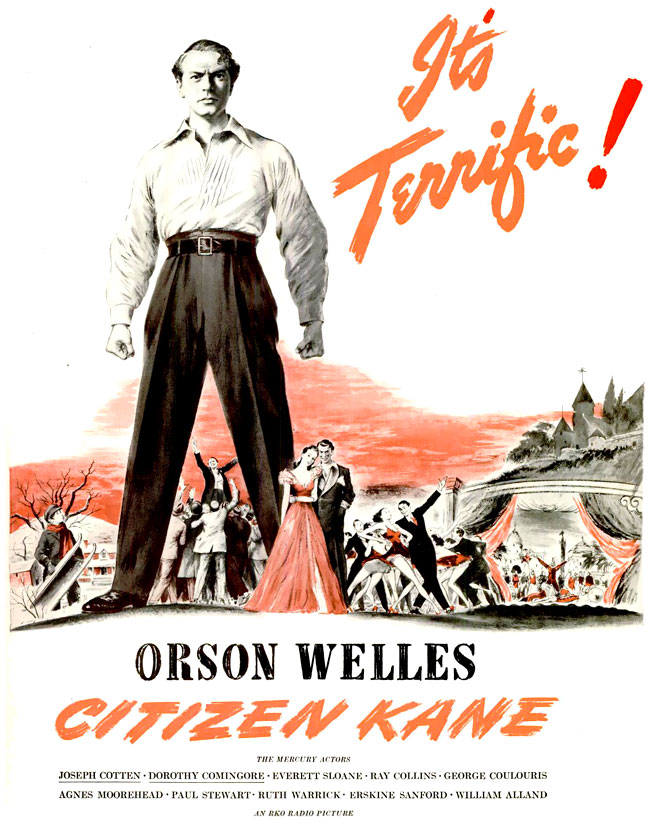 “One Night in Lisbon”

World’s Loveliest Blonde Loveblitzed by Terrific Texan!
“The lovers of “Honeymoon in Bali” and “Virginia” in love again – in another picture directed by Edward H. Griffith and written by Virginia Van Upp – creators of these two romantic hits!” 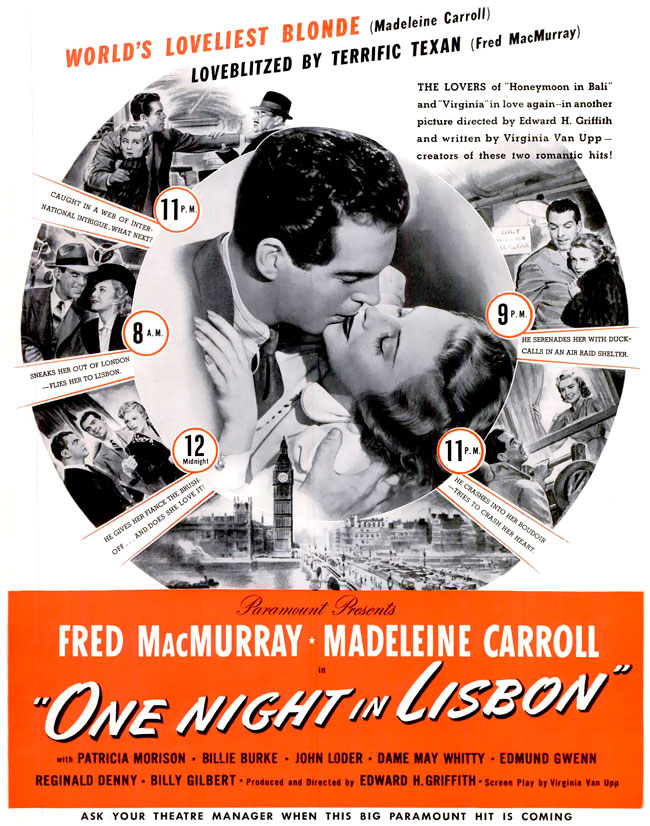 Merry…Melodious…Marvellous Entertainment!
“Its songs will delight you! Its carefree story will fill you with laughter! Its spectacle will excite you!…And you’ll discover a new, hilariously funny Nelson Eddy – singing his love songs to lovely Rise Stevens, glamorous Metropolitan Opera Star.” 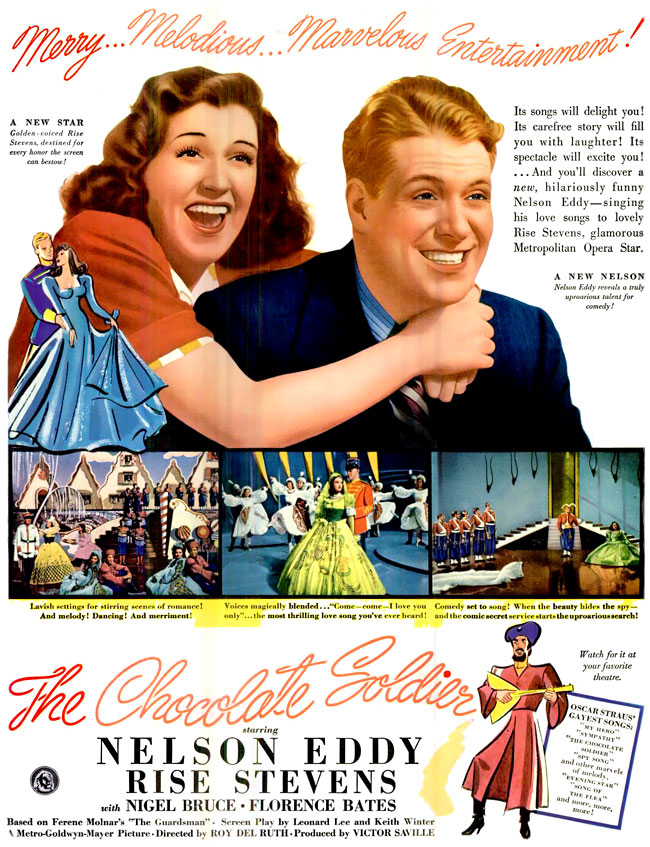 The Shepherd Of The Hills

Beautiful as our woods and rolling hills…string as the rugged hearts that live among them!
“Harold Bell Wright’s immortal novel read by over 8,000,000, at last brought to the screen in Glorious Technicolour…all his never-to-be forgotten characters live, love and fight again in the year’s most exciting drama of the human heart!” 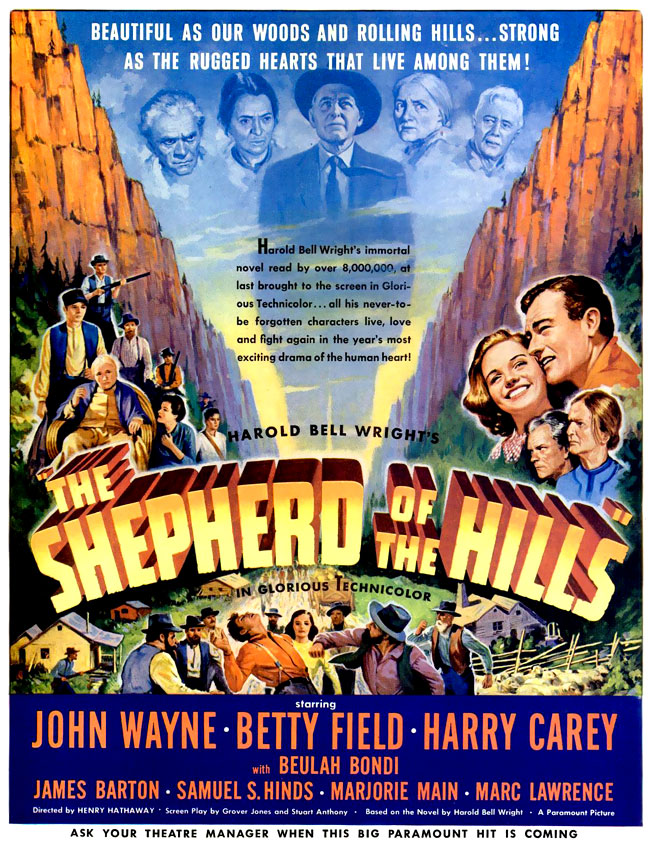 Aloma Of The South Seas

Aloma…Love prize of the islands!
“The glint of bronzed bodies in the sun…the whispering of palms blending with a lover’s kiss, a maiden’s sigh – this was their paradise until jealous nature unloosed all her terrible fury to challenge the power of their love!” 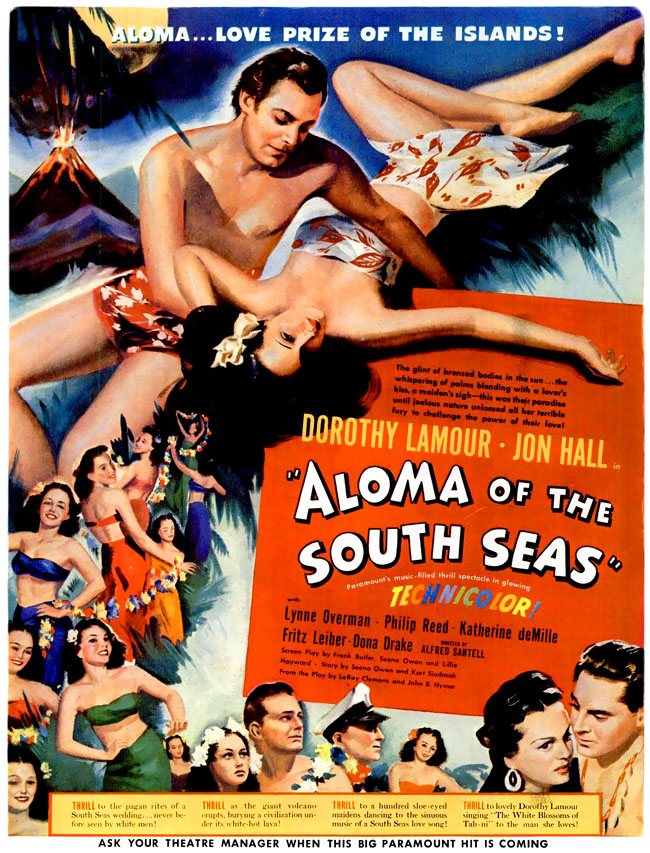 Alexandre Dumas’ strangest story of two brothers with but a single soul!
“Twins…invisibly bound to each other for life…yet worlds apart and enemies to the death!…living, loving, fighting as one man! When one brother holds a beautiful woman, the other thrills to her love! When one brother writhes under the lash, the other feels his pain! Dumas’ most unusual, most exciting drama – now dwarfs all previous achievements of the adventure screen!” 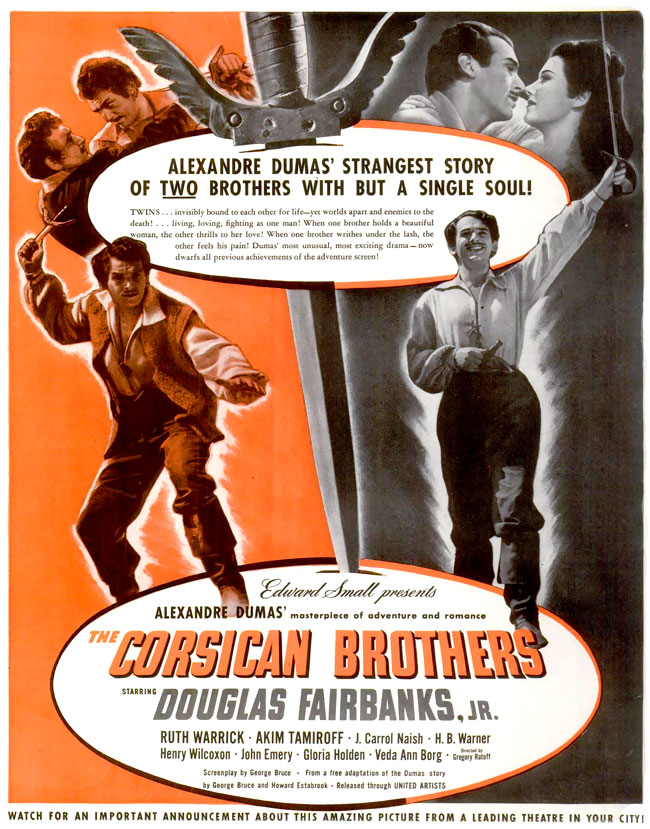