This illustrated ad campaign for Community silverplate cutlery ran throughout 1947. The artwork was by Jon Whitcomb and featured young couples who plan to get married.

The three spoons shown in each image were from the sets Coronation, Lady Hamilton and Milady, then in December the new Morning Star set was added. The design at the bottom of the ads was continued over from the previous year. 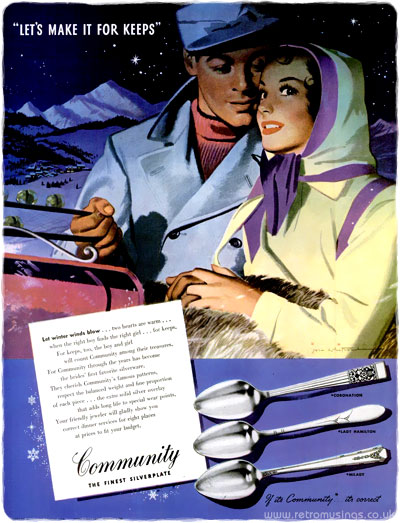 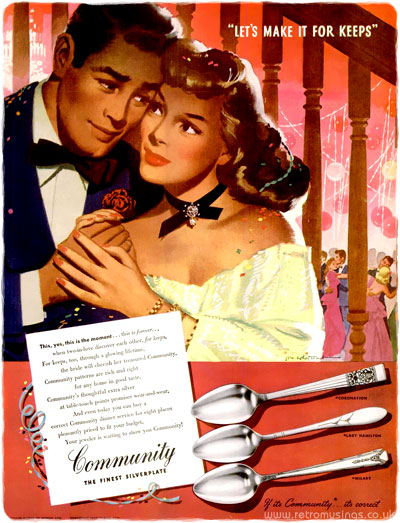 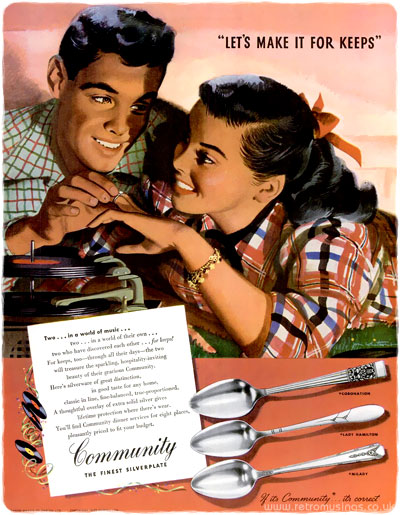 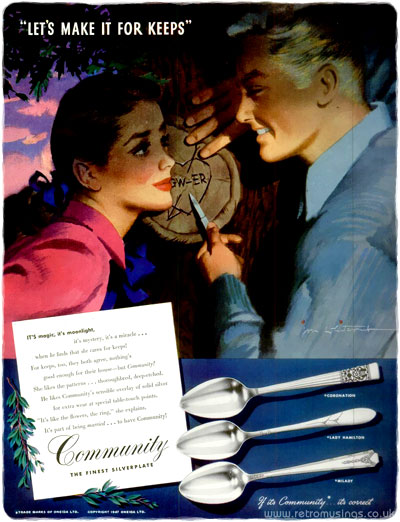 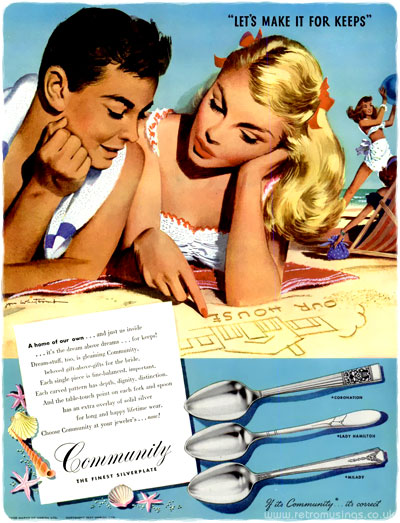 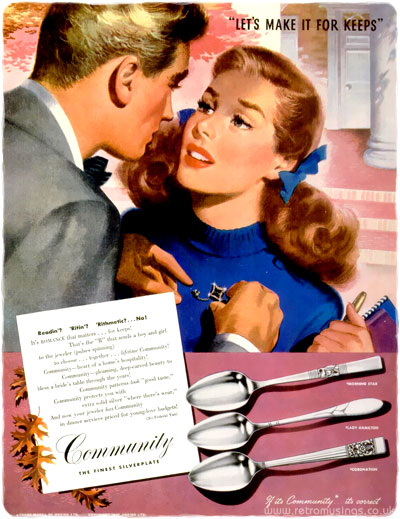 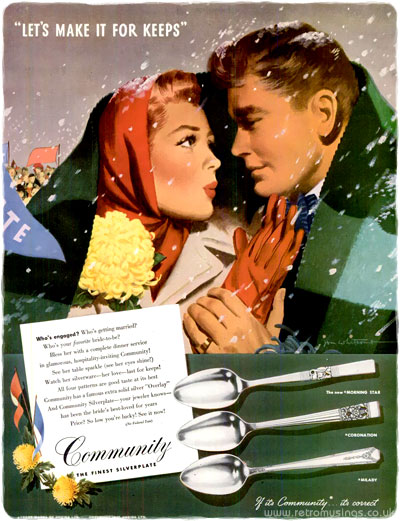 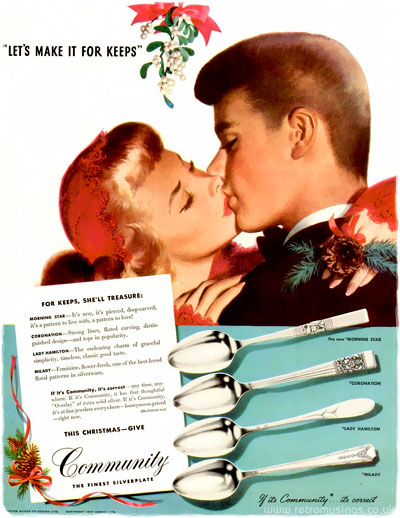