These photos are from a Life magazine article dating 1939 which included a few lines on how toys were becoming more and popular as Easter presents, and also a little bit about why rabbits are associated with Easter:

“The chicken and egg belong to Easter because they symbolize spring and new life. To pagans, Easter was a celebration of spring. The rabbit is an Easter symbol not because it is fertile but because it became confused with the hare. A nocturnal animal, the hare was anciently associated with the moon as a night watcher. Since Easter was governed by the moon, the hare became Easter’s animal. In Europe, the hare is considered a sort of St. Nick who comes at night to leave coloured eggs for good children.” 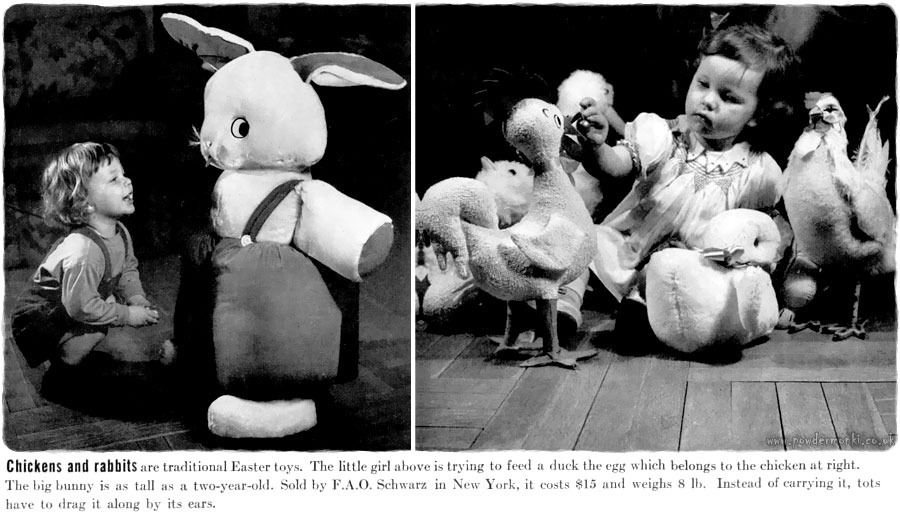